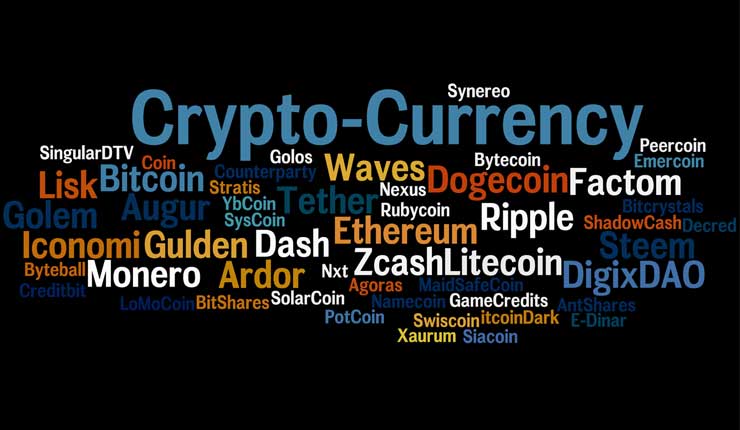 Bitcoin has been enjoying the most incredible growth in 2017. At the time of writing, the price is $2,568 which is 167% ahead of where it started the year.

However, the growth is even more amazing when you look back just a little further. When I bought my first Bitcoin in September 2015 I paid just $230, so those have each multiplied by more than ten times in less than two years!

Needless to say, it’s been my best ever investment… but it gets better.

I am still mining more Bitcoin every day, plus I cashed out $7,409 worth of ClubCoin. I still hold just over 5,000 ClubCoin in case they rise in the future.

And it gets better still…

I started mining Ethereum in March 2016. They started to pile up nicely, but I didn’t really know what Ethereum was, so I did a bit of Googling. Everything I found was talking very positively, even suggesting that Ethereum could eventually be worth more than Bitcoin!

I decided to move some of my Bitcoin profits over into Ethereum, buying at around $40-45 just two months ago. Since then, the price has shot up to almost $250!

So my initial Bitcoin investment is up more than 10x and then some of that has just risen more than 5x with Ethereum. It’s been absolutely staggering. 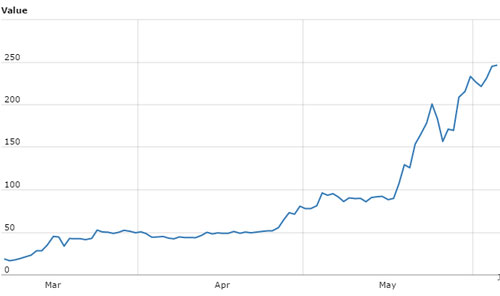 Cryptocurrency in general is in a huge growth period as the market figures out the long-term players. I have little doubt that Bitcoin and Ethereum are here to stay, but I don’t know which others will join them. Some will grow like Facebook, whereas other will fizzle out like MySpace. Some coins will be dominant like Google, while others end up like Ask Jeeves.

Over the past month I have been using Bitcoin profits to buy up cheap cryptocurrencies in their thousands – sometimes hundreds of thousands. My only criteria has been that they are very cheap to buy and that they are in the top 40 or so trading volume on Bittrex (a cryptocurrency exchange). No other research whatsoever.

I have spent around $200 worth of Bitcoin on each coin and looked to sell half when the price doubles. This leaves me with completely free cryptocurrency which I can do anything with in the future – and perhaps one or two of them will be rock stars!

The other 18 are still running and more than $4,000 in profit between them. So if I were to cash out of my experiment right now, I could walk away with around $17,000 in pure profit… after just a month!

Of course, I’m not going to do that… I’ll let them run and see which ones turn out to be the winners.

Is it too late to get involved?

No-one can see the future, but there are some very bold predictions being made about cryptocurrency and it looks here to stay.

Jeremy Liew, the first investor in Snapchat, thinks that the value of Bitcoin could hit $500,000 by 2030 while Vladimir Putin recently met with Vitalik Buterin, Ethereum founder, which has boosted credibility even further.

Ethereum is certainly more affordable, but I bet you wish you’d bought in a couple of months ago at $15!

Perhaps the most interesting of the cheaper cryptocurrencies right now is Ripple (XRP) which has had a surge in price lately, but not to the heights of the bigger currencies. I’m currently holding quite a few thousand of them and not looking to sell any time soon. 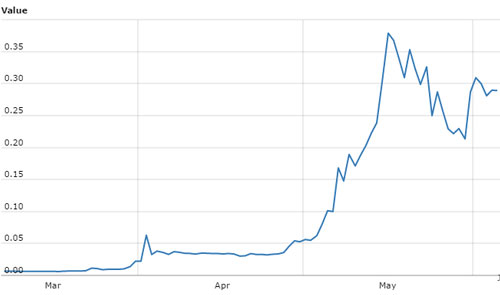 How do I get started?

There are a number of ways. You could join a mining pool that will buy mining equipment with your investment and put it to work, paying you daily. Or you could buy some cryptocurrency and hold it, looking for the price to rise.

I’ve already made an excellent return from mining and all I’m doing now is maximising the profit by withdrawing all the Bitcoin and Ethereum I can. My main focus is on acquiring free coin in order to try and hit a few more big winners.