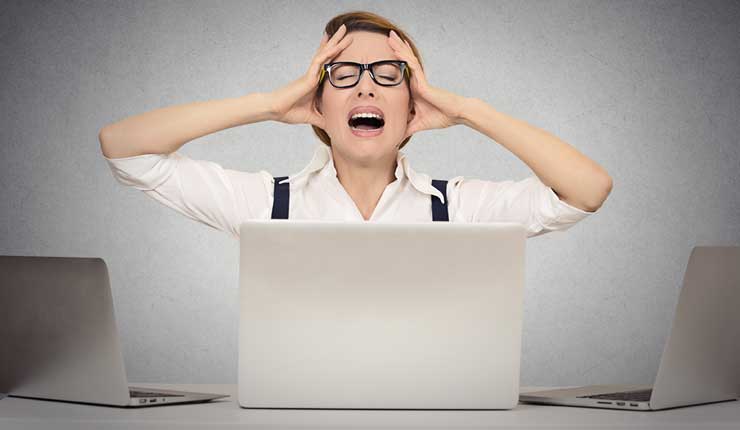 The cryptocurrency markets have scared a few newbies this week, that’s for sure. Having almost hit an all-time high of $20,000 just before Christmas, Bitcoin has dropped back to $10,000 or so in just a matter of days.

But before we all run around screaming, let’s get this in perspective.

Firstly, remember that Bitcoin was first nudging $10,000 for a few days at the end of November 2017, then finally broke through the “big even” on December 1st. It went on a pretty crazy ride upwards – certainly an unsustainable one – and is now back to where it was just six weeks or so ago.

Anyone who has experience of markets – of any type – knows that nothing goes up in a straight line.

Never has, never will.

In fact, Bitcoin dropped by 30%+ no less then five times during 2017 before going on to new highs. This is perfectly normal market behaviour when everything is overcooked, fuelled by FOMO (fear of missing out) rather than true value.

It’s no coincidence that the price has found support at $10,000, since that was the last real resistance. It would be nice to see it consolidate for a few days and then it can continue back upwards at a much more reasonable pace.

Ripple (XRP) is the perfect example of why this correction has happened. It went up in value 15x over a very short period, overtaking Ethereum in market cap. A week or so later and it is less than half the market cap of Ethereum, having lost around $80bn in total value. EIGHTY BILLION!

As I wrote recently, the XRP token is not worth the price it reached. It simply isn’t, yet newbie investors were piling in and pumping the price ever higher until it ran out of steam and went ‘pop’. They fell for FOMO, didn’t do any research, got greedy and are now licking their wounds.

Experienced investors, however, are very happy with their profits. I sold more than half of my Ripple at a ridiculous price and reinvested it elsewhere.

It may sound harsh, but newbies needed this wake-up call. So many people have ditched everything else they were ever interested in because they expected to get rich overnight by buying the latest coin to double (often after it had already doubled in a day) or by piling in to any old ICO.

They had no regard for risk management and – in many cases – have based their entire investment portfolio around cryptocurrency. I’m obviously a huge fan of crypto, but I have to say that’s very, very stupid. I guess if I wanted to be more polite I could say “very high-risk” but that would just be sugar coating the naivety and greed.

In any market it’s the same… invest in something you know nothing about and you’ll likely get burned.

Bull markets cover up that inexperience and many get arrogant, overly confident, they feel invincible… then this sort of shake-up creates panic.

“Where did my daily profits go?”

“Why isn’t everything I buy going up each day?”

Welcome to the real world of investing.

Consider this… if you buy a coin at the top of the market and it falls in value by 50%, it then has to double in value just so you get back to where you were – before you make even a penny in profit.

That’s the danger of inexperienced investors piling into bull markets with false confidence and not enough research.

Before you run to the hills screaming though, there is money to be made in these markets if you take your time, spread risk properly and do some bloody research first! Don’t be scared, be sensible.

I wasn’t looking forward to updating the prices on my portfolio spreadsheet today. They were all lower and I dreaded looking at the total… but then I did and, you know what? It’s ok!

Since the beginning of December last year and the start of the alt coin explosion, I’m still 50% up!

Sure, I have a few coins which I bought more recently and they’re in the red at the moment, but they are all projects I believe in long-term and I’m in no rush to sell.

Overall, I’m happy that I cashed out a large profit towards the top of the market and I can now sit back knowing that I can’t possibly lose. Of course, I’d rather green day after green day but that’s not real life.

There are a lot of amazing buying opportunities at huge discounts right now if you are confident in the markets rebounding. History says that they will, but no-one has a crystal ball and can say for sure.

Do your own research!

Personally, I will be waiting and watching. A few of my coins – such as NEO – have held their value pretty well and I’m happy to wait for the market to rebound before cashing out some more profit.

I guess you would classify me as “cautiously bullish”.