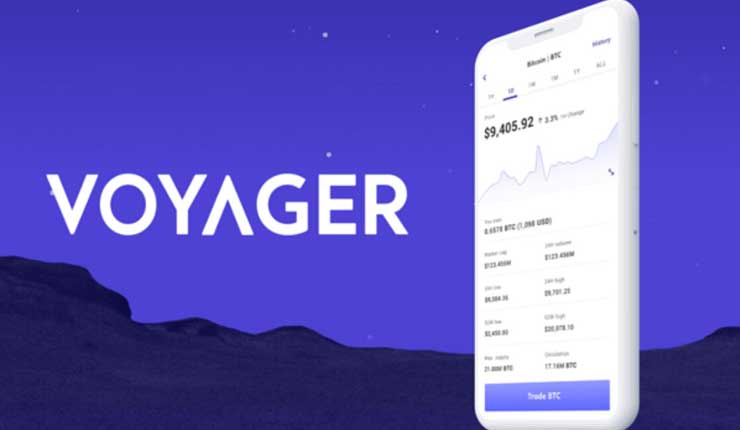 I first invested in Voyager back in 2017. It was the first ICO (Initial Coin Offering) that I got involved with and, certainly, the most successful.

I've already locked in a profit of more than 60x my initial investment. Of course, I'm very happy with that return, but recent news has me excited about further growth potential.

In fact, I'm so bullish about the future that I've just invested in the company itself, Voyager Digital Ltd.

Voyager launched originally as Bitquence. At the ICO stage, I bought 35,000 BQX tokens at $0.05 each. It didn't take long for the price to rise and, just a few months later, I sold 10,000 BQX which recovered my original investment plus a large profit on top.

In 2019, Ethos rebranded to Voyager (VGX). The price has been up and down since then; it's $2.31 as I write this. You can check the latest VGX price here.

Voyager is a cryptocurrency exchange and wallet. It supports 60+ digital assets and, similar to Coinbase, it offers rewards.

At this time, the Voyager wallet is only available in the United States, but that's going to change next year.

Voyager Digital Ltd began trading on the Toronto Stock Exchange (TSX) on 7th September 2021. The announcement described the company as the "fastest-growing, publicly-traded cryptocurrency platform in the United States".

They revealed that they had close to 2 million verified users and held more than $5bn assets under management.

Of course, in order to pass the stringent listing requirements, the company had to be fully audited.

Steve Ehrlich, CEO and Co-Founder said, "Trading on the TSX provides us with a broader reach to expand our global investor base and continue building out our platform".

A few words within that quote stood out to me... "our global investor base".

It didn't take long to discover what Steve was referring to. On 13th October 2021, the company announced that they had received final approval to begin operations in Europe.

This is huge news!

Steve Ehrlich said, "We appreciate the regulators for recognizing Voyager's platform as Fit and Proper to serve customers in France and the European Union. Voyager supports global regulation and will continue to operate only where it is fully licensed and approved".

He continued, "This recognition is a major step in the process to bring the Voyager app and product suite to European customers and continues our vision of building Voyager into a truly global financial services company".

"Leveraging the recent acquisition of Coinify, which has fully compliant KYC and AML solutions as well as fiat on-ramps in over 20 currencies, Voyager is positioned for an initial launch of our trading app in certain European countries late in the March 2022 quarter".

Pierre Person of the Assemblee Nationale in France said, "Voyager will be a key player in Europe and internationally. We are happy that a non-European player has chosen France to set up and develop its activities. We will continue to ensure that the legal framework is attractive and stable for all those who wish to undertake in the crypto-asset sector".

The crypto industry is largely unregulated by design, but I think that Voyager are doing things the right way here. By becoming a public company and seeking approval from regulators, they are essentially future-proofing their operations.

After all, at some point, all crypto investors have to convert their digital assets from and/or to fiat currency. Being able to do all of that as well as trade crypto in one, well-designed app is likely to attract many users.

On 27th October 2021, Voyager announced that they had "entered into a five-year exclusive, integrated partnership with the Dallas Mavericks, becoming the team's first cryptocurrency brokerage and international partner".

It continued, "This partnership makes Voyager the first international partner of the Dallas Mavericks, enabling both parties to reach a wider, global audience to raise brand awareness and drive cryptocurrency adoption around the world". 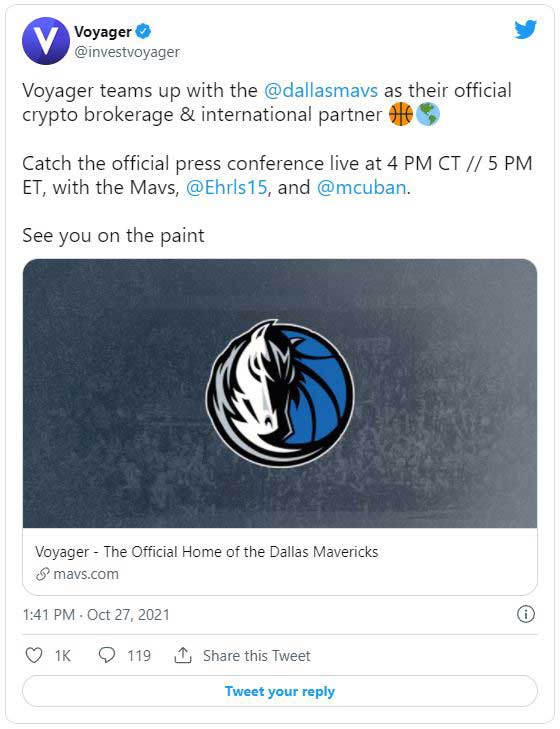 That sounds very positive, but it gets much better!

The Dallas Mavericks are owned by billionaire investor Mark Cuban, perhaps best known for starring on "Shark Tank" which is the American version of Dragon's Den.

He is hugely into crypto, making comments such as, "What really changed everything was smart contracts. Smart contracts came along, and that created DeFi and NFTs. That’s what changed the game. That’s what got me excited. That's why it’s a lot like the internet".

On the Voyager partnership, Cuban said, "The Mavs are proud to welcome Voyager to the Dallas Mavericks family. Crypto assets and applications are changing how business and personal finance are done".

He went on, "We believe our partnership with Voyager will allow Mavs and NBA fans to learn more about Voyager and how they can earn more from Voyagers' platform than from traditional financial applications."

This is a fantastic coup for Voyager Digital Ltd and the stock market agreed, immediately sending the share price 13% higher.

I already hold a good number of Voyager (VGX) tokens. This is, perhaps, the cheapest and easiest way to back the Voyager project. You can buy VGX through Binance.

I have also bought stock in Voyager Digital Ltd. I didn't manage to buy before the announcement of European regulatory approval, but it was a day before the Dallas Mavericks news broke so I'm already ahead (I bought at $9.62).

Buying shares in companies which are listed outside the UK is more expensive, but I do think that there's potential for significant upside here.

The ticker is VOYG in Canada or VYGVF in the United States.

Caroline Ellison, Co-CEO of Alameda, said, "We are thrilled to be partnering with Voyager as they have emerged as a key player in the retail crypto market. As a public company, we have admired Voyager's transparency in the industry and believe the management team has laid the groundwork to succeed at scale as evidenced by their explosive growth this past year".

Steve Ehrlich, CEO and Co-founder of Voyager, added, "While the immediate opportunity is on the order flow and asset management front, we are tremendously excited about potential future synergistic opportunities in the continuously evolving crypto industry. These opportunities include NFTs and crypto derivatives through Alameda, as well as the creation of thought leadership as we work with lawmakers on shaping regulation".

It sounds to me as though Voyager are positioning themselves to be heavily involved in the creation and implementation of crypto regulation. That can only be a good thing.

In addition, Steve Ehrlich was a guest on Fox Business this morning in the United States. You can watch the interview here. Fantastic (free) advertising for Voyager.

As I write this, the Voyager app is ranked 13th among all finance apps in the Apple App Store. That's above Binance, Wells Fargo and even Bank of America!

Voyager Digital has announced the launch of a debit Mastercard! 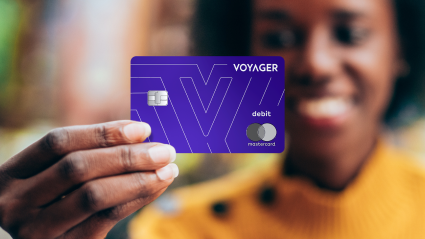 Steve Ehrlich said, "With the Voyager Debit Mastercard, we continue to lead the future of finance by giving Voyager customers the benefit of earning rewards while instantly being able to spend their crypto on everyday purchases with the convenience of a debit card".

US customers can pre-register for the Voyager debit Mastercard now, hopefully it will launch in Europe early in 2022 along with the exchange.